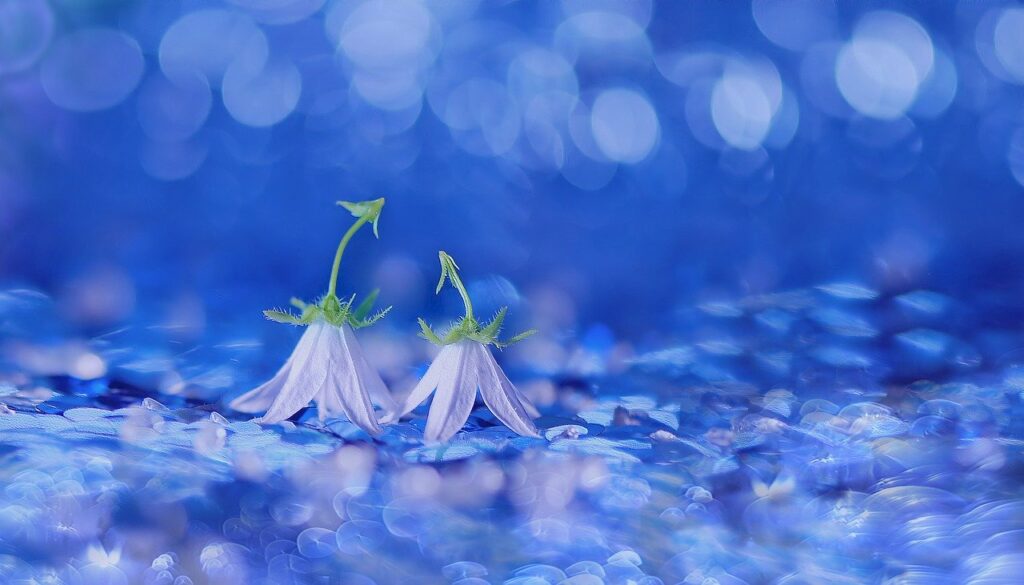 Coming from a small remote village, Kan worked hard and was accepted by a top university in the capital city. 10 years into his career, he achieved huge financial success.  His biggest dream was to buy a house for his mother near him, so he could take care of her as she enters her old age.  Kan’s mother was a single mother and endured extreme hardship to raise him.

The day finally came.  A beautiful house with a garden on the outskirt of the city.  However, a few weeks after his mother moved in, she started coughing and had difficulty breathing.  Thinking that she might have an allergy to the building material, Kan hired a top inspection company and engaged in a thorough cleaning service to make sure the house met the strictest safety standard.  But his mother’s condition worsened.

Next, she was taken to the best hospital and was hooked up with a respiratory machine and IV.  After going through every test and scan the doctors could think of, Kan’s mother was exhausted.  Nearly 2 weeks later, no problem was discovered and the mother’s condition remained the same.  But the hospital stay burned a hole in Kan’s wallet the size of average people’s half-year salary.

Devastated, Kan asked for help from friends and came upon a famous alternative medicine doctor and made an appointment.  When Kan and his mother came to the clinic, before they even sat down, the doctor took a quick glance at the mother, about one second, then started writing the prescription – eat a couple of kilos of locally produced soybeans for a few days.  Then Kan and his mother were ushered out of the clinic.

Kan was stunned and furious.  After such trouble finding this doctor, waited nearly a month to get an appointment with high expectations, all he could do was to tell us to eat soybeans? The doctor didn’t even ask a single question about his mother’s condition.  What a scam!!!  With many other patients waiting in line, there was nothing Kan could do.  He almost threw the prescription paper directly into a trash bin.  But upon second thought, he decided to give it a try.  At the cost of a cup of coffee, what did they have to lose?

A few days later, his mother’s health was fully recovered.

Many people might think this is a story of miraculous or even mysterious health recovery.  It is, but much more importantly, it is an illustration that very complex problems often have very simple solutions.  This is true not only related to health issues.  It is true with every human-related issue in life – marriage, parenting, business, organizations, industries, societies, and politics.  As mentioned in this article, the ultimate success comes from wisdom.

Unlike the doctors in the hospital who focused on symptoms and scientific analysis, the doctor in the clinic could instantly recognize that the mother had an allergy or physical resistance to living in a new environment and new climate.  Locally grown soybean had natural healing power to facilitate her adaptation.  Nature has already given us most of the solutions to our problems, only if we know how to recognize and respect them.  That ability to see the big picture and the connections between the visible and the invisible is called wisdom.  And wisdom is the result of high consciousness.

From low consciousness, we create problems. From high consciousness, we create solutions. Wars, conflicts, pain, and suffering or healing, unity, joy, and peace are the result of our collective creations.  We are constantly creating, through thoughts, emotions, and actions.  What we create is a matter of choice, consciously or unconsciously.  They are completely within our control.  However, due to social conditioning, many of us think otherwise.

Take the example of Kan, he considered paying the hospital invoice and accepting the no improvement treatment as normal.  But a one-second glance, a few dollars worth of remedy, and speedy recovery were considered as a potential scam.  Many of us have got our understanding of life upside down.

We judge the value of a product or a service based on its complexity or time required to produce it.  For example, we think thick books are worth more than thin but concise books loaded with wisdom.  We are willing to pay more for a plumbing job that takes 2 hours to complete than one of the same quality but is completed in 1 hour.  And our social and economic systems are created to reward such ineffectiveness.  We think lacking time is normal or that a busy schedule is a sign of productivity or ambition.  We think stress, overwhelm, suffering and pain are part of life design.  We think working hard or working strategically is the answer to all of our problems.

As illustrated by the clinic doctor, there are better ways.  The better ways come from raised consciousness.  The higher the conscious level we have, the easier it is to see the reality – the invisible but critical connections beyond the obvious (or symptoms).  When we see the root cause and offer the right diagnoses, that itself is already 90% of the solution.  The higher the conscious level we have, the simpler the solutions are, always.  Just imagining what kind of world we can create if we can tackle issues related to Covid-19, global warming, health care, education, economy, and politics from a higher level of consciousness.

Raising consciousness isn’t just about practical benefits.  It is the only reason we are on earth.  We came on earth in human form to learn and to practice how to move from an ego-driven existence to expressing the God-like divine qualities already are within us.  Our ability to do that is measured by our level of consciousness.

In fact, consciousness is the only thing there is.  While our bodies are temporary, our consciousness is accumulative and eternal.  Everything we do in life – family, business, or community is only “homework” we do as part of our consciousness school curriculum.  Every circumstance, pleasant or unpleasant, that we experience was created for our spiritual growth.  Every person in our lives – family members, friends, and foes are supporting actors, who are here to support our spiritual journey.

When we understand this, we can begin to set life priorities accordingly and focus on what really matters.  The quality of life or business or anything else we create is a direct reflection of our level of consciousness.  To raise consciousness is to manage our thoughts moment by moment, which is 100% within our control.  The most direct path to high consciousness is mindfulness practice – be present, increase self-awareness, make conscious choices. Excellence is the result of habits.