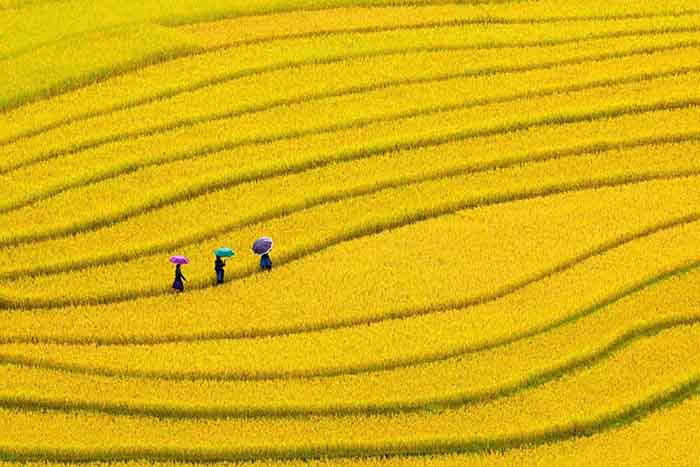 Eckhart’s grades in school didn’t make his parents proud.  At a very young age, he made a decision to quit school and became an apprentice building yachts.  His creativity was so extraordinary that his design earned him international recognition and award.  This became his ticket back to school.  A university professor who believed that “knowledge can be learned by anyone, but creativity is hard to come by” made an exception to admit Eckhart without following the conventional admission procedure.

Not disappointing his professor, Eckhart earned excellent marks and graduated with an industrial design degree.  Prior to graduation, he went on a summer program in an economically developing country and fell in love with its people and its culture.  Soon after graduation, he went back to that country, learned the local language and embarked on a whole new career – teaching.

Unlike most people, Eckhart took a path less traveled.  He didn’t go to big cities and well-known schools that focused on competitive grades with the goal of sending their students to the best universities.  Instead, he went to a remote village to help underprivileged children who otherwise had no opportunity for education.  Most of them live with their grandparents, left behind by parents who went to big cities to earn a living.

Unlike most people, Eckhart had a unique philosophy and teaching method.  He used no textbook nor any pre-defined structure.  He understood that the essence of education isn’t passing on knowledge but to help children discover their unique talents and interests.  He emphasized learning through play and play while learning.  He improvised, stayed in the flow, and guided his students as they grow into independent thinkers and great human beings.

Over the years, he helped his students cultivate their creativity and problem-solving capability.  For example, in this remote hilly village, walking up and down on a rainy day without a proper road was quite dangerous.  He led students to identify locations where walking paths were needed and built the village’s first paved road.  Together, they designed and organized the entire project and mobilized the whole village’s participation.

In a village without a telephone or television, Eckhart taught students how to make their own movies.  He scripted it and the students created all the props, produced and acted in the movie.  The end result was magical.  Through acting, they learned the meaning of love and kindness.  They learned how to confront violence with inner strengths instead of more violence.  They learned how to stretch their imaginations, how to make decisions and how to collaborate.

Eckhart rarely told the students what to do.  He encouraged them to find their own paths forward, constantly asked them to be curious and to express their thoughts.  He gave them opportunities to test their ideas and to learn through experiments.  They spend more time in nature than in classrooms, observing the seasons, and working in the field.  Without focusing on any theory, the students learned arts, music, math, and science and how to integrate them into life.  They discovered who they were and what they wanted.  They learned how to face unexpected challenges in life and how to resolve relationship conflicts with confidence.

On weekends Eckhart often stayed with his students in their homes, helping them and their grandparents with their farming and house chores.  He got to know them – their needs, frustrations, and dreams, especially those students whose parents were absent in their lives.  More than just a teacher, Eckhart was a companion, a friend, and a guardian to his students.  He was the only person that many students felt comfortable sharing their most private thoughts.  They lovingly called Old Daddy and often grabbed his neck and shoulders like little monkeys.

No alcohol, no smoking, no meat, and no salary.  Eckhart asked nothing from the village and supported himself financially from translation work.  Peaceful, thoughtful, and extremely patient, he exuded joy every day despite the primitive living condition.  He dedicated nearly 20 years of his life to do one thing and did it really well – support the growth of healthy and happy children.  Not seeking recognition nor achievement, Eckhart quietly and positively impacted the lives of his students and touched the hearts of everyone who came in contact with him.

Totally in alignment with his inner calling, that is a life well-lived.